The Animation is the process of designing, drawing, making layouts and preparation of photographic sequences which are integrated into the multimedia and gaming products. Animation directly links to imagination and imagination is the source of creation. Animation can be classified into two parts i.e. 2D animation and 3D animation. 2D animation is an animation style represented by animated environments that feature depth and emotion without the benefit of actual dimensional depth whereas 3D animation refers to the work of creating moving pictures in a digital environment that is 3 dimensional. IFDA is the best training institute to learn 2D and 3D animation.

With the increase of video content, more and more businesses think about using animated videos for promotion, as they increase conversion rates by 20%. Some companies hire animation team; the others attempt to create them online with the assistance of video maker tools. Animated videos have an enormous impact on the audience in three different ways: visual, auditory, and kinesthetic. Besides, they will be simply adorable.


What is 2D Animation?

Two-dimensional or 2D animation is characterized by having its objects and characters created within the two-dimensional space. It means they only have a width and height. It’s considered a standard animation style, known from the 1800s. Initially, it had been created by pulling together the frames during which one drawing was followed by another one which slightly differed from it. Every second included 24 frames. We all remember the classic Disney animations, right? Snow White and therefore the Seven Dwarfs, Bambi, the small Mermaid, and so on. they're a number of the foremost popular 2D animations. With the event of computer technologies, this process was also digitized through various animation software with the choice of drawing the characters and backgrounds directly into the pc and animating them. Now, let’s learn more about how 2D animation is made. the method consists of three main phases: pre-production, production, and post-production. Let’s see what’s included in each of them.

No matter whether it’s a 2D animation or the other quite animation, the aim of its creators is to form it more realistic and impressive. But the way to make the lifeless drawings more real and lively? Disney animators Ollie Johnston and Frank Thomas suggested 12 principles of animation:

If you follow these classic principles, soon it'll be hard to inform your animations from the professional ones. Moreover, look for different tips and tricks to further enhance your skills and make more awesome animations. this may assist you to develop your own style.

What is 3D animation?

3D Artists are often involved in several early steps of the VFX pipeline so on confirm they deliver an animation-ready model. as an example, so on offer a personality the right personality traits and movements, the Animator must confirm that whoever is rigging the model does it with those things in mind. During the rigging process, the character is given bones, skin weights, and constraints that allow it to maneuver in specific ways. If this is often not through with the Animator’s needs in mind, the model goes to be sent back.

Animators are responsible for giving objects weight and timing that end within the thing feeling like it truly exists within the planet we see it in. a superb example of this is often ready to be baby Groot from Guardians of the Galaxy vol. 2. Though this movie takes place during a fantasy world, Groot’s body movements and facial expressions are so fluid and realistic, they cause viewers to laugh and feel sentimental. He truly fits seamlessly into the earth around him. The animation could also be an enormous part of bringing characters to this point.

How to become a 3D Animator?

Practice makes perfect. once you are first learning, it takes a while to urge your animations as smooth and precise as you'd like. Repetition will eventually make the tedious aspects quick and natural, which can then allow you to specialize in the more in-depth nuances and personality of your animations. As mentioned before, research is vital. Prepare yourself for a career during this field by spending time gaining knowledge of:

As technology improves, artists are expected to know how motion capture works. Once the motion capture data is imported, animators will often need to tweak the keyframes to perfect the facial and body movements of the character.

One recent example of the successful use of motion capture tools is that the War of the earth of the Apes. The actors who played the apes wore motion-capture suits, which were filmed by a series of cameras. the info was then sent to animators who made creative choices to reinforce the personalities of the 3D modeled apes that might replace the actors. This process is becoming more commonplace by the day in both the film and games industries.

The pre-production process is the first stage of making animations. During this stage, the animation team develops the story and writes the script of the animation, designs the characters, creates a storyboard, chooses the color palettes, prepares the backgrounds, and records the voice-over. this is often a preparation stage for the most process, so it must be properly done.

A well-written script should imply all the visual actions and storyline. The storyboard is predicated on the script, so it visually represents the sequence of actions and events by showing how they're organized.

The next step is creating the characters, outlining the backgrounds, and preparing other visual elements of the animation. It starts with simple sketches and develops into detailed designs and pictures. Then, it’s time to make a decision on the color palettes of the animation, including the colors of varied objects and lighting.

Another important part of any animation is backgrounds where different actions come to life and therefore the characters perform their activities. During the pre-production process, the most background layouts are sketched, supported the storyboard. The prepared sketches are going to be painted during the assembly process.

Production is the process of making the animation by gathering all the created materials together and producing the scenes. This includes painting the backgrounds, creating the individual scenes and character activities, making the rough animation, cleaning up the animation (tracing), inbetweening, coloring and painting the drawings with the assistance of computer software, compositing, and export.

To pull everything together, animators create an exposure sheet that has all the instructions on the way to make each scene. The exposure sheet is split into 5 parts: 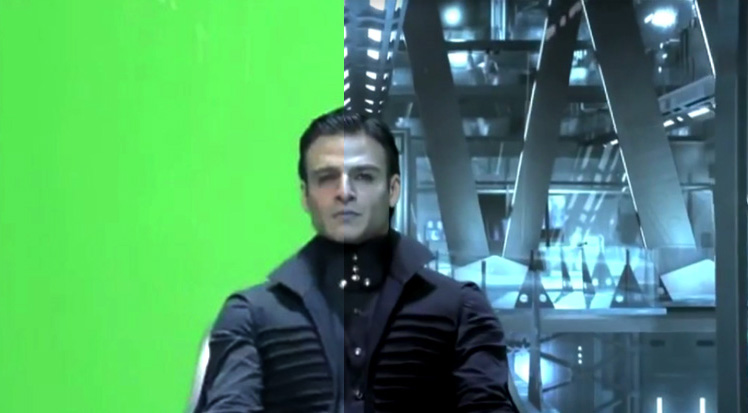 Once the rough animation is made, it must be cleaned up and polished. This process is additionally called tracing and may be wiped out two ways: during a new layer or directly over an equivalent layer with different colors.

After the frames are fully ready, they're scanned into a computer, if they're not drawn digitally. Then, it’s time to mix all the visual elements that supported the exposure sheet. During the composting process, the specialists add the backgrounds, frames, sounds, and the other effects that are required. This is mostly achieved through different animation software. When the composting process is over, the animated scenes are rendered as videos or movies.

Post-production is the final editing process of 2D animation. During this phase, the animation is enhanced with additional sound effects or recordings which increase the emotional impact of the animation. Once the ultimate version is prepared, it’s rendered and exported to different formats.

These were the fundamentals of 2D animation and its creation process that each beginner should realize. To become a complicated animator, you ought to learn more about the techniques and best practices of creating animations.

A day within the lifetime of a 3D animator

The daily responsibilities of an animator vary relying on the type of job you're working on. like every other step within the pipeline, once you receive your assignment, research is significant. as an example, Disney artists working on the film Zootopia spent time at animal wildlife reserves studying the behavior and movements of the animals face to face. Following research, the artist then decides what techniques to use and starts blocking out the foremost poses of the thing they're working on. Techniques include things like placing keyframes and selecting between IK and FK, which are other ways to possess the bones to maneuver when animating. Main poses will include the starting pose, ending pose, and a couple of poses in between. Once these poses are in place, the artist gets feedback from a supervisor and moves forward with perfecting the movements of their model.

An animator’s responsibilities vary because of company size. Smaller companies could even be more likely to rent artists that even have the facility to rig models. the company saves time and money by having one person do both tasks. a much bigger company may hire specialized artists who concentrate on one specific task so that when more status projects come through, they're handled as efficiently as possible.

2d animation is everywhere: on the screens of our TVs, on the web, within the cinemas, even on the billboards on the streets. During this article, we’ve discussed the fundamentals of making 2D animations both for beginners and for those that want to make animated videos for his or her business. If you’re trying to make animations yourself, follow the 12 classic principles of animation and useful tips and tricks which will assist you to develop your own style. Choose 2D animation software and begin creating. Another option for creating animations is using online video maker tools that provide ready-made animated templates. Prepare your script, choose the proper template and make your animation for a few minutes.

You can try it right now!

Glassdoor is currently reporting the typical 3D animator salary to be about $59,920/yr. Sources report that 3D animators can make anywhere from $33,000/yr. to $95,000/yr. counting on experience, location, and industry. Senior animators and technical animators could also be ready to exceed the highest of that range with their years of experience and knowledge. As more and more digital characters and other objects are needed for film, games, and even VR, the necessity for talented animators will still grow. So if you are looking to urge into the industry, now's the time!

Why to choose IFDA for Animation 2D & 3D course ?

IFDA is helping all those students who are interested in this field of animation and giving them a platform to explore themselves. We have both 2D and 3D Animation Course where you get a chance to learn from the expert and highly experienced multimedia trainers. Teachers at IFDA explain the topic precisely to students with individual attention and briefed animation course training assists students to grab a job with a good salary package. We strictly follow our rules and regulations in order to impart education in the IT field. After completing the 2D and 3D animation course from IFDA, it will be so easy for you to hit a good job post in the IT sector. IFDA also supports students with internships and 100% job assistance.

2D and 3D animation is the most widely used application for creating layouts and making drawings, etc. The field of animation is highly competitive and has a lot of scope for employment opportunities. There is a huge demand for 2D and 3D animators in various fields. Every year, thousands of students are pursuing animation courses, and they are being placed in the areas of 2D & 3D Animation with a very good salary package. Choosing the animation career would be a good choice because many giants like Disney are deploying animation works. The animation industry has boundless scope for those who love to create magic with their work. IFDA believes in the conversion of achievers from a dreamer.

Job Opportunities:
Your message has been sent. Thank you!